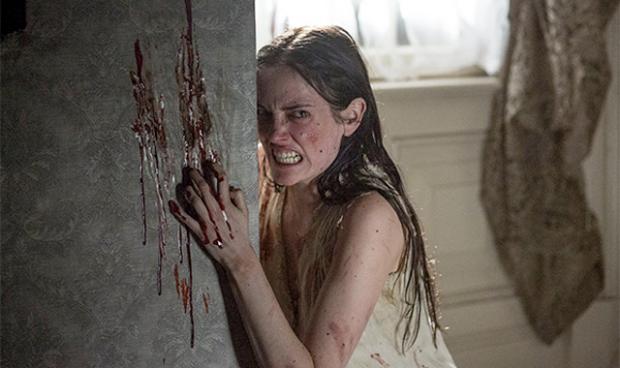 Penny Dreadful has been one of the scariest, creepiest shows on television, week after week, season after season. Now, after five of these horror-filled seasons, the series is coming to an end. As we bid the show a tearful goodbye, we look back and salute some of its best, scariest moments.

Vanessa Ives Gets Possessed… But It’s Really Scary This Time In an iconic scene, Vanessa (played with gravitas by the star of the show, Eva Green) attends a séance at a party and promptly gets possessed by an ancient, malevolent being. Through Vanessa, this spirit taunts and terrifies the other guests in turn, even contorting her body unnaturally in the process. We recommend watching this scene with all the lights on.

Frankenstein’s Monster Won’t Put Up with a Rival Frankenstein’s monster, Caliban, has a grisly reaction to his new co-monster (also Dr. Frankenstein’s brainchild), a creation by the name of Proteus. Without any warning, Caliban smashes his hand through Proteus’s ribcage and proceeds to rip him in half. And yes, this is just as disgustingly horrific as it sounds.

Vanessa Gets “Treated” at the Asylum Insane asylums of the 19th century are historically known for being gruesome places where the mentally ill were not just mistreated, but tortured. Penny Dreadful’s rendition, therefore, had to live up to expectations. Needless to say, it delivered. Vanessa’s “treatments” for her mental problems were pretty much barbaric and terrifying – they included drilling holes in her skull, for starters.

Needless to say, there are too many great moments from the show to do proper justice to them here. For a true horror-fest, check out Penny Dreadful and discover your own favorites – if you dare. For more great TV and movies at your fingertips, as well as a convenient entertainment experience in HD, count on Starz Play to deliver.

4 Animated Marvel Movies & Shows You Have to Watch on STARZPLAY