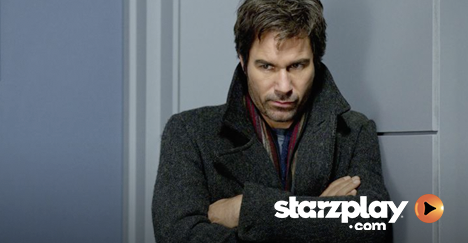 STARZ Play wants is making January 2017 great by offering five different box sets for viewers to enjoy! The winter months are the perfect time to stay in and binge; now viewers have several choices when deciding what show to settle into for the winter. The hit TV series “24” and “24: Live Another Day” will be coming in a box set featuring all eight seasons of the original series and the one season of the revival series. For adrenaline junkies and crime show fanatics, this show is excellent to binge watch over winter. Fans will be on the edge of their seats as they watch Jack Bauer fight terrorism, in real time, with the ever-present timer beeping that time is running up. Another cult favorite among TV series fans, all seven seasons of “Sons of Anarchy” will be coming to Starzplay.com as well. This show centers on a man, Jax Teller, and his struggle to protect his family while staying a part of his illegal motorcycle club. This show is captivating because our main characters are antiheroes, so fans are always questioning whether their favorite character is “good” or “bad.” All three seasons of this crime show drama will be featured in a box set on Starzplay.com come January. It features neuropsychiatrist Dr. Daniel Pierce who is a genius, but also suffers from schizophrenia that causes hallucinations and paranoia. This show will have fans totally consumed in seeing how Daniel helps the FBI solve cases using both his intelligence and disease to view things outside the box and solve even the most perplexing cases. TV series centered on classic superheroes have become popular in the last two years, and “The Flash” is an excellent addition to the genre. Fans will be able to see seasons one and two of the fastest superhero in the world on Starzplay.com in January as he fights crime and seeks justice for his parents. “Tyrant” centers on Bassam “Barry” al-Fayeed, the son of a Middle Eastern dictator who left his family and country to start a new life in America. However, Barry and his family are forced to stay in his homeland when his father dies while they are there visiting for a family wedding. This political drama will have fans totally enraptured.

Watch all five box sets in January on Starzplay.com!