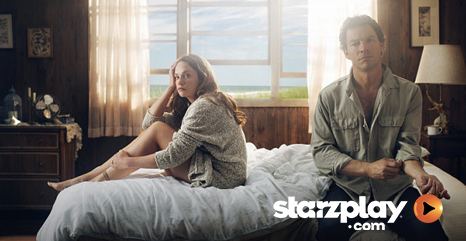 ­­­The newest season of “The Affair” has been turning the heads of already devoted fans and pop culture enthusiasts everywhere. The TV series looks into the “butterfly effect” of four people who are affected by the extramarital affair between two of the characters, Noah and Alison.

STARZ Play has all three seasons available to watch, so here are four reasons to tune in to the newest season! Viewers are compelled to tune in because of the constant twists and surprises that are present in the TV drama. In a show that shows four different perspectives, fans have a difficult time discerning what is the truth and what is opinion or experience. The show is told in flashbacks of different characters, as well as present time views. The surprise of what’s true and what’s just perception will leave fans shocked and steadily more invested in each episode. The truth is, people love drama – even if it’s fabricated by writers and producers on a television set. This show definitely delivers on the drama, as well watch two unhappily married couples struggle to live their lives in normalcy amongst the scandal of affair and crime. Not only does “The Affair” focus on the romantic lives of its characters and their steamy love scenes, but the show is also tied together by a crime. Alison’s ex-brother-in-law, Scott, was killed, leaving her understandably upset throughout the show and the rest of the characters wondering what exactly happened Scott. The end of season two answers this question, and gives fans a ton of drama in the newest season as the characters deal with the aftermath of the truth about what happened to Scott. In a show that centers on an extramarital affair, it could be easy for the writers to write stereotypical characters, but “The Affair” manages to create complex, interesting characters that captivate fans. Noah is an egotistical writer, but clearly still deals with hidden demons. Alison lacks self-confidence but does undergo character development throughout the series. Helen and Cole are also interesting characters and don’t follow the stereotypes of spouses who’ve been cheated on.

Watch all three seasons of “The Affair” on STARZ Play!