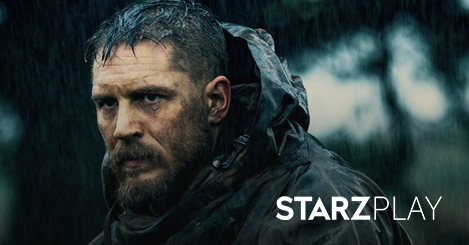 “Taboo,” a new miniseries directed by Stephen Knight and starring Oscar nominee Tom Hardy, brings dark drama to a historical setting that takes viewers back to 1814. The first episode is now available to watch on STARZ Play, and we’re excited to share our thoughts.

Hardy plays a self-described “dangerous man” named James Keziah Delaney, who, after a decade in Africa, returns to England to attend his father’s funeral and claim his inheritance. His appearance is a shock, as he was presumed dead for most of the decade, he was missing from his homeland.

His father, Horace Delaney (played by Edward Fox), was a shipping merchant, but he also owned a small tract of land near British Columbia that just so happens to be important both politically and economically to powers like the United States, Canada, China, and the East India Company, one of the most powerful business entities that existed in the early 19th century.

The Plot Thickens with Shady Characters and a Power-Hungry Villain Of course, owning such a valuable asset means that James Delaney’s life is on the line every time he steps outside his front door, and he’s feared and hated in equal measure throughout London. All kinds of adversaries pop up who want to claim his inheritance, including Stuart Strange (played by Jonathan Pryce), the head of the East India Company, and a woman who says she is Horace Delaney’s widow.

Our Take: Superb Acting and Intrigue Make Taboo a Must-Watch Along with the heaping spoonful of drama, we learn very little about James Delaney’s mysterious past, which is merely hinted at through his dark memory flashes of Africa and the tattoos covering his body. We can only guess that this is an intriguing plot that will be unraveled as the series continues.

One of the show’s main draws is its heady mixture of tantalizing mystery, compelling characters, and excellent acting that brings the entire world of Taboo to life. Tom Hardy, in particular, is right at home in the part of James Delaney. You can tell that he relishes these types of roles – complicated, “dangerous” men with murky pasts and personalities that are neither bad or good, black or white, but somewhere in the middle, in varying shades of gray.

Taboo is also watchable for its representations of shadowy London, wild Africa, and more in their historical contexts. The moody atmosphere intensifies the drama and turns many scenes from eerie to downright scary. However, the show suffers a bit from its storytelling strategy: by revealing little background and presenting scenes with a very short explanation about their significance in the scheme of the story, we’re forced to take them in with confusion and hope that more will be explained later on in the series. This is a slow-burning plot that will reward patient viewers down the line. However, those with short attention spans might get fed up with the pace and abandon the show.

Over here at STARZ Play, we urge you to keep watching, because we think the show’s payoff is well worth the build-up.