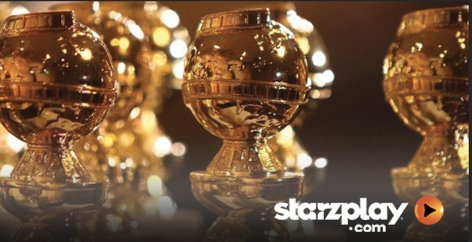 The list is out! Nominations for the 74th Annual Golden Globe Awards were announced on Monday morning on NBC’s “Today” live. The 2017 ceremony will be hosted by The Tonight Show host and all around funny guy Jimmy Fallon. Among the nominees we have three STARZ Play shows that air exclusively in the Middle East & North Africa. Here are the three categories the shows have been nominated for with the shows highlighted: BEST PERFORMANCE BY AN ACTOR IN A TELEVISION SERIES – DRAMA

Liev Schreiber plays the eponymous Ray Donovan, a Hollywood hitman and muscle with a tumultuous family life. Liev’s official reaction to the nomination was:
“What a great wake up call… Thank you to all the writers on Ray Donovan, Ann Biderman, David Hollander, David Nevins, and the extraordinary cast of actors who carry me through every season of this show. Huge thanks to the Hollywood Foreign Press Association for continuing to support our show and for giving me another great excuse to play dress up with the boys. We are thrilled!“

b. RILEY KEOUGH – THE GIRLFRIEND EXPERIENCE

This is Riley’s first Golden Globe nomination for her performance on the show directed by Steven Soderbergh and based on the movie of the same name.

Having been nominated  twice before and winning a Golden Globe in 2015 for her work on Jane the Virgin, Gina Rodriguez is no stranger to the awards. Here’s what she had to say:

“Thank you to the HFPA for always recognizing new and unbelievable talent regardless of color or culture. The HFPA changed my life three years ago and they continue to do so for so many talented artists and projects out there. How wonderful it is to see an awards show so full of diversity, and not just for diversity sake, but because of the phenomenal performances. I feel beyond blessed and humbled to have been one of their discoveries. It’s 10pm in Thailand and I think we are going out for a celebratory beer and tacos. Yup. I said tacos in Thailand, wish me luck!”

The 74th Annual Golden Globe® Awards will air LIVE on NBC Sunday, January 8, 2017 in the US. The Golden Globe Awards are viewed in more than 236 countries worldwide and are one of the few awards ceremonies to include both motion picture and television achievements.