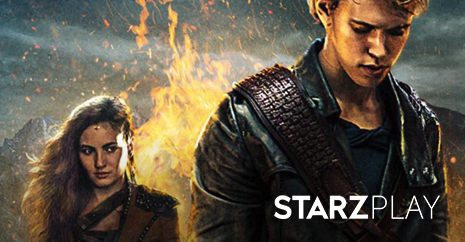 The Second Season of the Shannara Chronicles begins with Four Lands in total chaos.

The return of magic in the land has made people terrified and the Crimson is hunting down any magicians they come across. Moreover, they are using fear and intimidation to disseminate discord among the good people of Four Lands.

Remember how Ambrele was turned into a tree in the first season?

Well, Wil is still devastated about this loss in the second season. His separation from Eretria makes the situation even worse. He has even vowed never to pursue his destiny of being a healer in the great land of Four Lands.

However, when Mareth saves him from a Crimson attack, Wil is forced to reconsider his earlier decision and rejoin the fight against evil in Four Lands by using magic.

After these two reunite with Eretria, they seek the help of a specialized druid in the land, Allanon. However, they are surprised to find out that Bandon, the druid’s former protégé is on a mission to bring back the Warlock Lord – the evilest and cruelest creature in the land.

Together, our Shannara Chronicles heroes have to work together to take down the Crimson sect and stop Bandon from unleashing evil upon the land.

To make things even more exciting, Season 2 will reveal the dark history of Eretria. What has she been hiding all this time?

Will the team successfully complete their mission and save Four Lands? Will we bid farewell to another fallen hero in this season? You’ll just have to watch it on STARZ PLAY.