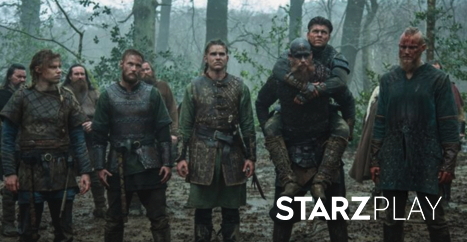 The last season of Vikings was amazing.

Millions of fans around the world are still reeling in shock after the death of the show’s star, Ragnar Lothbrok. What’s next for the kingdom? Is a Ragnar-less Vikings Still Vikings?

The world of the Norsemen is changing, and changing fast. First, was the unexpected death of their source of inspiration, Ragnar. And then came the threat of old and new enemies, who have grown in strength and weaponry.

What will the kingdom do in light of all these new challenges? Will they seek to form new alliances by following in the diplomatic steps of their fallen king, or will they do what Vikings do best – vanquish their enemies ruthlessly?

In the latest episodes of the Vikings, the sons of Ragnar have finally gotten the chance of forging their own paths and stepping out of their late father’s shadow which has loomed over them their entire lives.

Bjorn is the eldest son and this automatically makes him the rightful heir to the crown. Or does it?

We are also expecting to see the rise Lagertha, Ragnar’s widow. She has proved to be a respected leader in her own right (not to mention her badass fighting skills in battle). She’s every bit of the warrior her late husband was when it comes to strategy on the battlefield.

She is arguably his better in ruling the great land of Kattegat, but her sons are hearing nothing of it.

Who has what it takes to become the next ruler? There is only one way to find out. Subscribe to STARZ PLAY for the new season of Vikings.

This is just a sneak peek of what the new season holds. To fully immerse yourself in the medieval world of our favorite Norsemen, you’ll have to catch all the new episodes of Vikings including the finale on STARZ PLAY this January.

You just can’t miss out!

Britannia Starts on January 19th: Here’s Why You Should Be Excited