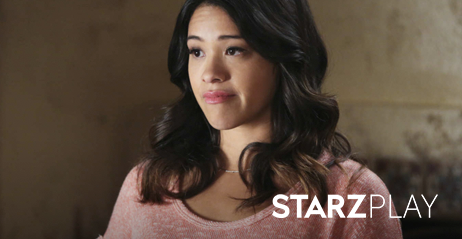 “Jane the Virgin” is one of our favorite shows right now because it has a great combination of drama, romance, comedy, and a gentle spoofing of Spanish-language telenovelas. Most of all, we love watching Jane deal with the ups and downs life throws at her. (Accidentally getting pregnant at the doctor’s office, anyone?)

STARZ Play is summing up the top moments we have enjoyed the most in season 3 so far. We can’t wait to find out what happens next in the lives of Jane, her son Mateo, her crazy family, and her various love interests. The entire first episode of season 3 is thus devoted to putting us viewers through the emotional wringer as Michael’s fate hangs in the balance. Flashbacks of the beginning of Jane and Michael’s romance gives weight to Jane’s decisions concerning Michael’s treatment in the hospital and tells us how they might move forward as a married couple. As it turns out, Petra isn’t the real Petra – it’s her twin sister, Anezka. The real Petra is poisoned and immobilized, unable to either speak or move, so her twin sister can effectually take over her identity (and her life). This plotline is straight out of a soap opera/telenovela playbook, but it’s pretty juicy, and we’re on tenterhooks to find out when all of the other characters will be clued into Anezka’s deception.

Jane is a Virgin No More That’s right, Jane the Virgin is no longer a virgin. Fans have been waiting to see when she would finally do the deed, and the fact that her first time isn’t that great is incredibly realistic and relatable. The show even amps up the comedy with animated scenes of Jane and Michael in a rocket ship for the big moment(s).

However, the show can’t just leave it at that. As it turns out, Jane and Michael’s first time was accidentally recorded after Jane bumped her laptop, and the sex tape is sent to none other than her writing advisor – another accident. The last episode of 2016 left us with another cliffhanger, as Rafael discovers he was given away as a baby to his recently deceased mother, and his birth parents are still out in the world.

We get this information in a fun episode that plays with storytelling conventions especially suspense of the Hitchcock variety. Jane has employed the famed filmmaker’s rules of suspense to add tension to her novel and, in turn, the Narrator of the show plays with these to present information about Jane’s world itself.

The result is a whole new brand of drama that provides another way to be imaginative and creative with layers of reality in “Jane the Virgin” and how the story unfolds. We at STARZ Play can’t wait to see what else is in store for Jane and the rest of the characters when the show returns with new episodes in 2017.