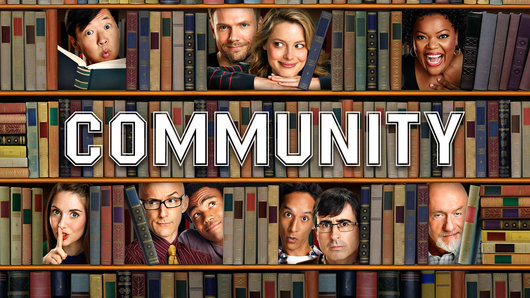 If you’re a fan of intelligent pop-culture humour with a touch of the absurd, then you have to sink your teeth into this award-winning comedy on STARZPlay.com. Set at the Greendale Community College, Community tells the tale of a group of  tight knit friends trying to graduate from what is possibly the worst university in history. Community has had a stellar run on TV and is still consistently nominated for outstanding achievements in comedy television.

Pack Your Bags for College

Community starts off with Jeff Winger, a lazy and sarcastic self absorbed alpha male, being fired from his law firm after it’s discovered he lied about having a degree. Jeff decides to go back to school to earn his law degree and chooses Greendale Community College for its easy graduation programme. When he arrives he quickly takes interest in Britta Perry, an overly serious activist and anarchist trying to become a therapist, and sets up a study group to try and spend more time with her. It works and she joins him for a study session but also brings along a group of people to his dismay. At the study group we meet Abed Nadir, a socially awkward and incredibly smart film student, and his soon to be best friend Troy Barnes, an ex-jock who just wants to be a geek. Soon after, the group is also joined by Annie Edison, a quirky and obsessive bookworm, Shirley Bennett, an older mother who is trying to start a brownie business, and Pierce Hawthrone, an elderly millionaire who is going back to school because he is bored.

While the group initially has a hard time meshing together, mostly because of Jeff, they do eventually come to form a friendship that would last throughout their college days. The new community gets into different high jinks that almost never revolve around the group actually doing any studying, something Annie is often annoyed at. These high jinks are usually started off by the schools dean Craig Pelton, an eccentric man who desperately wants the school to be respected. More often than not something terrible is caused by one of the school’s teachers Ben Chang, an insane man who takes things way further than they ever should be.

With a love for parodying pop culture and a great and memorable cast, Community brings some of the snappiest and fun half hour episodes of television you’ll see for a while. Stream whole seasons of the show today on STARZPlay.com.