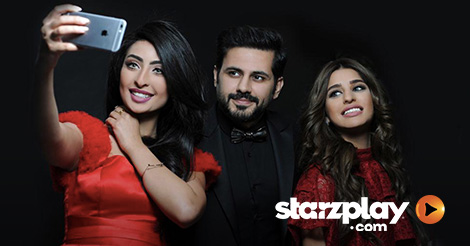 Arabic series tend to offer something a little different, whether they are soap operas, period dramas, or sitcoms. Here are five popular series to start streaming:

Aryam is a married woman, connected to her cousin Marzouk because of family business interests. She falls in love with Bashar, a colleague who also happens to be a married man. The two try to stay apart, but things continue to bring them together. Both marriages are in jeopardy for the sake of true love. There are plenty of surprises throughout the season, but will the two wind up together? This comedy-drama is well worth the watch!

Are you looking for TV time with something other than a sitcom? Malik Bin Al Rayb is a period drama based on the life of the poet and the Bani Tamim tribe he comes from. Malik steals from the rich to alleviate the poverty of the poor, but falls in love with a young woman during one of his excursions. He begins to look for a way to right his past wrongs, creating poetry and interacting with his tribe along the way.

Based on the best-selling novel by Saud Alsanousi, this series tells the tale of a young man born to a couple in a socially unacceptable relationship. The young man, Issa, lives in exile in the Philippines with his mother until deciding to return to the Gulf. Unfortunately, his father has died and his father’s family refuses to accept him. Saq Al Bamboo traces Issa’s new life back home as he confronts his family and tries to make a place for himself. In this case, both the book and the series are worth checking out.

Many women dream of falling in love and getting married, but then are held back by external circumstances. Joud and her two sisters, Donia and Hayatt, are no exceptions, but their situation is particularly grim. In addition to the daily grind of work and study, their authoritarian father Suleiman is incredibly overbearing and treats them like prisoners. Drama ensues as the women deal with their father and Joud spies a potential suitor.

Looking for a sweet love story? Qabel Lel Kaser follows Genan, a woman who is orphaned and must look after her younger sister. Despite her independent spirit, she plans to marry her cousin Suleiman until she uncovers his crooked plans. Genan falls in love with an attractive stranger, Ali, but can they find a way to be together?

Each of these shows has one season with thirty episodes available to stream. Check them out today!

Ash vs Evil Dead Started: 4 Reasons to Get Excited!