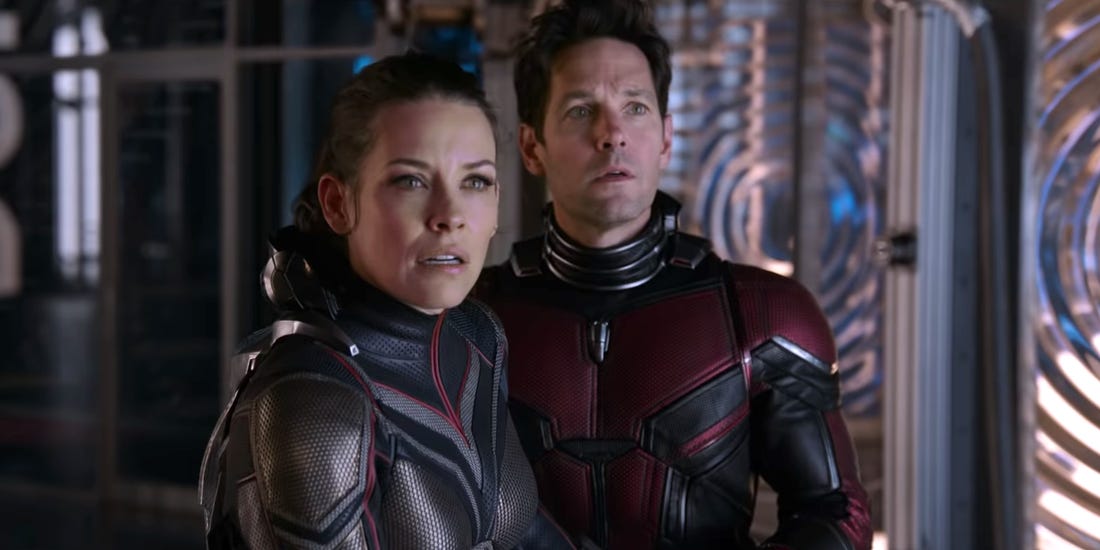 The biggest takeaway from Marvel’s Ant-man and the Wasp is that size doesn’t matter! You could be towering over a skyscraper or as minuscule as a microbe but the power to save the world lies in your hands. An Olympic sized office building can be shrunken to fit your suitcase – the movie’s bizarreness only adds to the humor.

Like the prequel Ant-man, the movie was directed by Peyton Reed who brings his fine comedy chops to the action caper. It is set post the events of Captain America: Civil War which explains why Scott Lang (Paul Rudd) is under house arrest for aiding and abetting Captain America in the prequel. Juggling between being a superhero and a father, this time Scott is cornered by the four walls of his house, and any attempt at escaping could land him 20 years in prison. Lang is also forbidden by law from meeting with the two metamorphosis geniuses Dr. Hank Pym, played by the evergreen Michael Douglas, and his daughter Hope, played by Evangeline Lilly. The two harbor a secret that unlocks a string of events including enlisting the help of the Ant-man to get to the bottom. Scott is forced to put on the suit once again as he fights alongside the Wasp to unlock the secrets of the past.

Scott Lang is not your conventional Marvel hero with big biceps and a smart mouth. Rather Paul Rudd’s boyish and goofy charm brings an endearing twist to the character. Hope, on the other hand, is every bit the gung-ho Wasp waiting to sting! A trained martial artist, her daredevilry is worth a watch. With a high humor quotient unlike its predecessor, the movie also leaves you in splits.

What’s the big secret that causes Scott Lang to shrink in size? Watch the escapades of the Ant-man and the Wasp on STARZPLAY and find out!