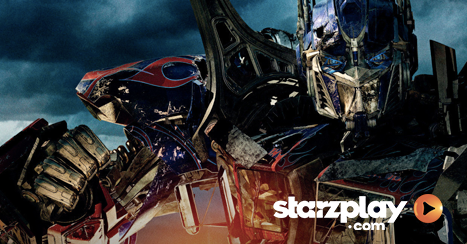 Start 2017 off right by curling up on the couch with a long list of blockbuster movies. Starting on January 1st, all of these stellar films will be available on STARZ Play for your viewing pleasure: Ron Howard’s 1991 “A Beautiful Mind” follows the life of John Nash (played by Russell Crowe), a brilliant mathematician who also struggles with schizophrenia. The film spans decades, starting with a young Nash making crucial discoveries, all the way to his acceptance of a Nobel Prize. “A Beautiful Mind” was a critical and commercial success, nominated for dozens of awards and securing four Oscars from the Academy. In “Saving Private Ryan”, Tom Hanks gives a brilliant performance as a World War II battalion captain who must risk his own life and those of his men in order to save one lost soldier. This 1998 film won five Oscars at the Academy Awards, and was nominated 74 times for various others, with very good reason. From start to finish, you will be riveted by what some call “the greatest war movie ever made”. The original 1978 movie is still one of the most-watched musicals in the world. The story takes place in 1959, and revolves around teen lovers Danny (played by a very young John Travolta) and Sandy (played by Aussie Olivia Newton-John). Their story however is just the backdrop to an array of incredible musical numbers that will make you want to get up and sing along. “Grease” was a cinema phenomenon when it was first released, and is a classic that every movie lover should watch at least once. The original 1996 “Mission: Impossible” has since turned into a highly successful franchise, and going back to its roots helps you to understand why. Tom Cruise as the rogue spy sets the screen on fire in this gripping tale of international espionage. Although classified as an action movie, “Mission: Impossible” relies just as heavily on its exceptional script as it does the stunts to keep viewers glued to their chairs from start to finish. An epic science fiction film, “Transformers” is a great watch for the entire family. Storyline aside, the special effects and action sequences of this 2007 blockbuster alone are mind-blowing. This was Shia LaBeouf’s breakout role as the teenaged Sam, who is caught in the crosshairs of an intergalactic war, waged in part by his own car. The release of “Transformers” not only launched a series of sophisticated toys, it was the start of a highly compelling series of movies.

If you need some comic relief after a hard 2016, tune in to “The Truman Show” on STARZ Play. This is the legendary Jim Carrey at his funniest, playing a man trapped inside of a bubble that he is unaware of. Who hasn’t wished at some point to wake up and find out that their entire life has been nothing more than entertainment for the masses?

Our Top Product Improvements in 2016