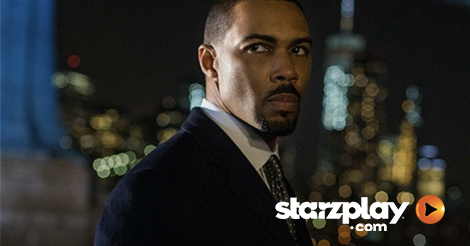 James St. Patrick tried to put his days in the drug game behind him, but his criminal persona continues to haunt him. Known as “Ghost,” St. Patrick (played by Omari Hardwick) is destined for a huge showdown when the season three finale airs next week. Here is what you missed and why you need to tune into the finale!

Sleeping with Someone Familiar: Ghost and Tasha Reunite Ghost may have been a drug lord in years past, but he is now a role model elected by Tasha to speak at a school’s career day. The pair reunites and sleeps together, but their pillow talk goes a little too far. Ghost tells Tasha all about his plan to use Ruiz to get to Milan (Callan Mulvey), but she gets upset and kicks him out. Even more, she calls Tommy (Joseph Sikora) to voice her displeasure. Unfortunately, Tommy is with Milan and questions begin to rise. In episode nine, Tommy murders Ruiz and confesses it to Ghost. Ghost is stunned, but the two agree to stay teamed up in order to take down Milan. Unfortunately for Ghost, however, Tommy later pledges his allegiance directly to Milan and the two swear to take down Ghost. Milan’s drug ring is on the line, making the showdown between the two sides even more inevitable. The main question, however, is whether Ghost will realize the betrayal in time.

The FBI Gets Closer to Cracking the Case Despite everything else Ghost is dealing with, he still has the FBI on his back. Angela (Lela Loren) slept with Greg (Andy Bean) in episode eight in an attempt to get him to leave Ghost alone, but to no avail. Greg sees through her tricks and believes that Angela and Ghost are connected, and that by taking down one he can take down the other. As the FBI hone in, will the two be able to escape?

Should We Expect a Death? Season finales are notorious for creating cliffhangers, but could someone’s life hang in the balance? All of the episodes this season have led the characters to this point, where something has to give. The chances are that not everyone will survive the showdown and the resulting aftermath. Catch up on the latest episodes of Power today and tune into the season three finale on September 26!