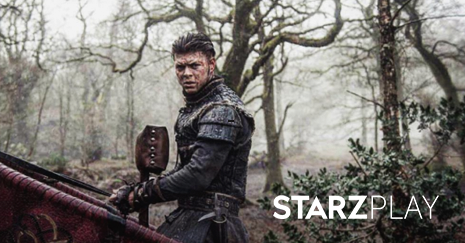 As we embark on this season 5 journey of the Vikings, there’s a little bit of housekeeping to take care of.

After four great seasons of fascinating storylines, breathtaking cinematography, stellar acting, crisp dialogue, and impeccable pacing, it goes without saying that these compelling elements continue to be the heart and soul of the TV series in the fifth season.

The focus on this season will be on the character development, narrative devices, and story elements that push the thrilling tale forward.

Grab your shields and swords, and let’s get to business.

Vikings Season 5 Episode 1 and 2: “The Departed”

Joined by vengeance and separated by ambition, Bjorn seeks glory in Mediterranean, taking Halfdan with him. On the other hand, Ivar tells Hvitserk and Ubbe that he did not mean to kill Sigurd, and the grief is getting the better of him.

But even with the grief, Ivar’s lust for power is yet to be satiated. He convinces his brothers to order their armies to take over Yorktown, which was formerly ruled by the late King Aelle.

While most of the plotlines on this season premiere are focused on the narrative, Floki’s loss of purpose is arguably the most heartbreaking.

He is distressed by the loss of his best friend and family and decides to build a boat and set off to wherever it’ll take him. He puts his voyage of self-discovery first and rejects Ivar and Bjorn’s offer to accompany them on their quest.

The battles, blood, deceit, and thirst for power in this season will keep you on the edge of your seat.

This thrilling season remains to be a tale of personal and political intrigues replete with enticing subplots that slowly build up and work their way into the main storyline.

Ensure you catch all the new episodes of the Vikings Season 5 on STARZ PLAY. Knightfall Coming to STARZPLAY: All You Need to Know