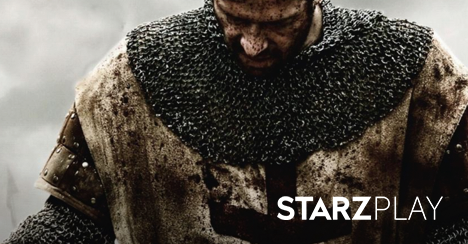 Knightfall Coming to STARZPLAY: All You Need to Know

If you are yearning for some armor-crunching, sword-swinging medieval action this winter holiday, the upcoming historical drama TV series, Knightfall, could offer you the perfect action-packed solution to all your yens.

Premiering this December on STARZ PLAY, the TV show will focus on the legendary, Knights Templar – an enigmatic medieval military order that existed from 1129 to 1312.

Being the wealthiest and most powerful military order of its time, the Templars were entrusted with protecting the Holy Grail (Christianity’s most prized possession) and harboring secrets that could destroy their great land.

Knightfall will kickoff approximately 200 years after the formation of the Knight Templar when the infamous Siege of Acre occurred and the city of Jerusalem fell.

It will majorly focus on the relationship between King Phillip IV of France and the Templars, and how he put an end to the great military order by imprisoning most of the knights after owing them a huge amount of money.

Moreover, the King’s officers also accused the Knights of unorthodox initiation ceremonies and this led to the disbandment of the military order in 1312.

This conflict (and many more) should create compelling storylines down the road, especially if you have a little knowledge of the history of the Templar Order.

The cast of Knightfall is just incredible. Landry (Tom Cullen) is the lead knight of the military order and he skillfully portrays the brotherhood and unity of the Templars. Tom Cullen is known for his great work in “Gunpowder” and “Downtown Abbey”.

Cullen (Downton Abbey), on the other hand, brings all the charm and toughness needed to carry an epic historical TV series. And you’ll definitely be impressed by the character of the antagonist King (Ed Stoppard) who betrays and puts the knights through hell.

You just can miss the premiere of Knightfall on STARZ PLAY.