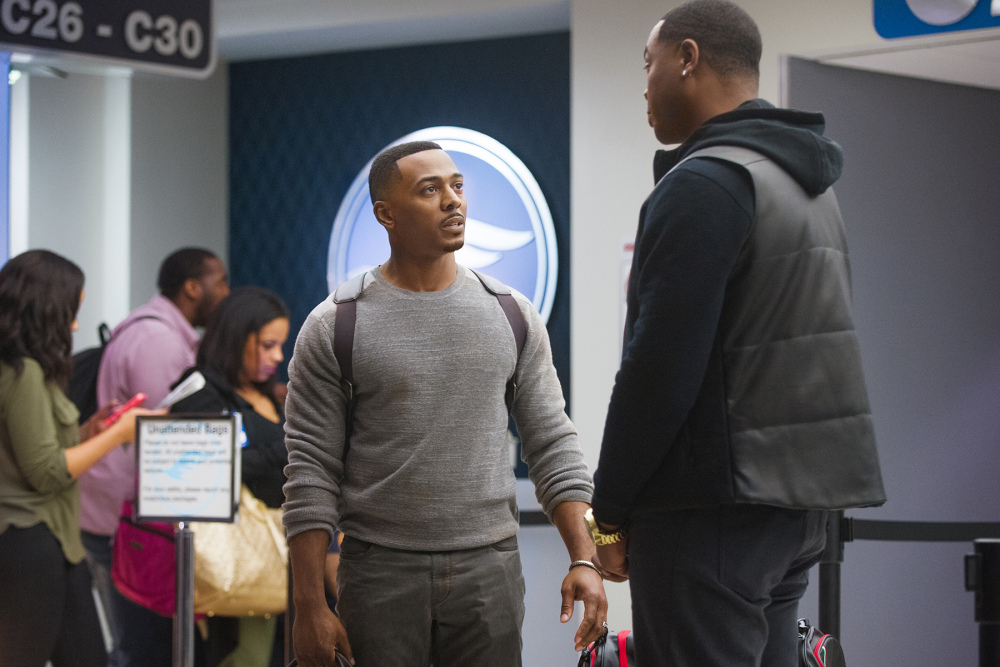 The highly praised summer series from Starz is back, and delivering more of the Calloway’s hilarious antics. Season two left viewers with a dramatic cliffhanger, so the premiere promised to give long-awaited answers.

To everyone’s dismay, Uncle Julius did, in fact, die at the end of season two. The crazy, foul-mouthed uncle was a favorite, not only among fans, but the Calloways as well. Watching the family honor their uncle’s memory was a touching moment in a series that is usually all about the laughs. Tichina Arnold, who plays Cassie Calloway, gave a stellar performance in the season three opener. She captured each stage of grief perfectly, and her intense conversation with Chen was one fans will always remember. Chen and Cassie’s relationship also become much deeper because of their conversation about religion, death, and love.

Reggie And The Morgue Technicians This scene was intense, sad and was a great performance by RonReaco Lee.

The moment M-Chuck reveals that she wants to go to college, because she wants to be more than a relative living off Cam’s success, was a great moment in the series. Uncle Julius’ death has also made her realize just how precious life is, and how lucky she is to have one as extravagant as hers. There are so many reasons this scene is one of the best of season three. M-Chuck’s lines about thinking the KKK was at their mansion was hilarious, while Cam just stood there, not really caring. The two then share a tender moment where Cam says he will pay for M-Chuck’s college and believes in her. Just as they hug, the fire in the car grows bigger and scares the brother and sister.

Watch season three of Survivor’s Remorse on Starz to keep up with the Calloways.