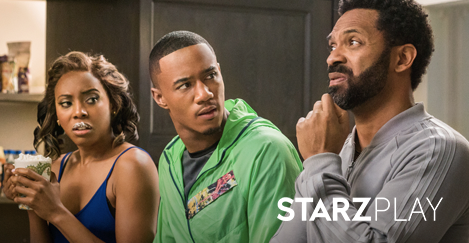 Why This Season of Survivors Remorse Could be the Best Yet Survivors Remorse Season 3 left off with M-Chuck learning that she is a child of rape, Cassie finally being embraced and accepted by Chen’s parent during their China trip, Reggie having a rather emotionless reunion with his sober dad, and Cam visiting his father in prison.

In Season 4, the action continues to center around the father types. The cast of the show is awesome like always – and have grown to be more three-dimensional. We are getting to know them better and learning how they react to the highs and lows of the entourage life.

And it doesn’t hurt that the fourth season of Survivors Remorse continues to serve up stellar writing that is delivered by the incredible cast.

What’s more, Cam’s sporting success brings far-reaching and unintended consequences of the past that he has been trying to avoid all this time. Family secrets and vengeance threaten to destroy every single thing that he has worked so hard to achieve. It doesn’t help that he is still adjusting to all that is expected from him as an NBA star.

Survivor’s Remorse is currently one of the best shows that effectively explore issues surrounding class and sudden leap to wealth. Its focus is more personal and more serious than many other similar shows. It has perfectly mastered the art of interweaving modern colloquialisms. If you like sporty and comic stuff, then this is the show you should be watching.

You can’t afford to miss out on this season of Survivors Remorse. Watch it on STARZ PLAY!

Back to School: Watch These Four High School Teen Comedies