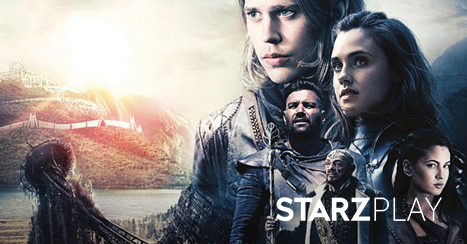 The second season will pick up almost a year after the events of Season 1, and it finds the Four Lands in total chaos, with the Crimson sect hunting down any magic users in the land. The Crimson vs. Magic

Amidst this unrest, Will –the half-human half-elf – is still mourning his separation from Eretria and the loss of Amberle (Amberle was turned into a tree by the way). He also turned his back on his destiny of becoming a magician, and became a healer instead.

But when Mareth, a mysterious new girl, saves him from a Crimson attack, Will is once again forced to rejoin the fight.

Evil is Brewing in Four Lands

On the other side of the land, Bandon is on a relentless mission to bring back the “Warlock Lord.” This means our heroes (Will, Mareth, and Eretria) have to join forces to take down the Crimson and stop Bandon from unleashing even greater evil upon Four Lands.

The returning cast for Season 2 will be Austin Butler (Will), Manu Bennet (Allanon), Ivana Baquero (Eretria), Marcus Vanco (Bandon), and Aaron Jakubenko (Ander). There is also a whole lot of new characters this season – probably because we lost a lot more the previous season.

It’s going to be a great season!

Back to School: Watch These Four High School Teen Comedies