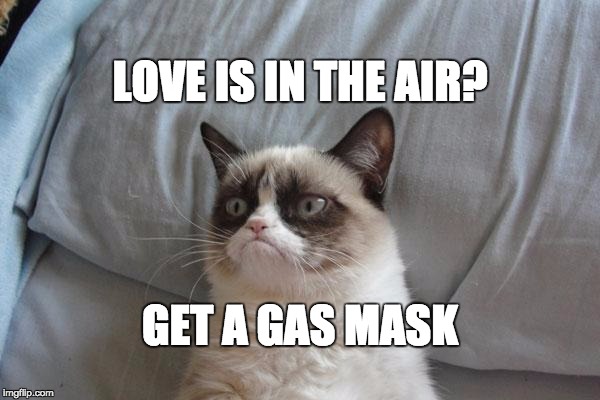 Tacky flowers? Boring and expensive dates? Cheesy romantic cards?! These are things your hitched friends have to tolerate this Valentine’s Day. As for you, February 14th is the best time to relax on the couch and watch some of your favourite movies. Here are 5 movies you can binge watch to celebrate being single this Valentine’s:

What Happens: In Kill Bill, Uma Thurman is the Bride and seeks revenge on an assassination squad led by Bill. A master assassin and swordsman herself, The Bride will take down the assassin squad members one by one until she finally can get her hands on Bill.

Romance: After being betrayed at her wedding and left for dead, The Bride has no time for romance. Only revenge.

Best Part: The battle scene at the Tokyo Restaurant in Vol.1 between the Bride and the Yakuza gang takes the cake. Amputated body parts fly around and blood fountains spray everything left and right. A Valentine’s well spent.

What Happens: Snatch is a violent crime comedy revolving around two connected plots: one dealing with the search for a stolen diamond and another dealing with a small-time boxing promoter who rubs a violent ruthless gangster the wrong way.

Romance: With all the violence, you’ll probably forget romance ever existed.

What Happens: After a mentally unstable sniper is convicted for murder, Jack Reacher becomes the unlikely investigator of the case and makes a lot of criminal enemies on the way.

Romance: A bit of flirting but doesn’t go anywhere

Best Part: Tom cruise does all the driving stunts himself in the movie. Also the bar fight scene is pretty intense.

What Happens: In Hangover Part Three, ‘The Wolfpack” gets back together to take Alan (Zach Galifianakis) to a rehab center, however they get intercepted by the mob and crazy adventures ensue.

Romance: Even though the movie ends with a wedding, nothing in the final chapter of the hangover trilogy will make you want romance again.

Best Part: The best part of the movie is the final scene as the Wolfpack wakes up from another crazy bachelor’s party in the worst shape they have ever been.

What Happens: In Stanley Kubrick’s Full Metal Jacket, a bunch of fresh recruits go from underoging basic military training to finding themselves fighting in the middle of the dangerous Vietnam War.

Best Part: Make sure there are no kids around when you watch the opening scene with the foul-mouthed but completely hilarious Senior Drill Instructor Gunnery Sergeant Hartman.

MTV’s The Shannara Chronicles Top Moments of Season One