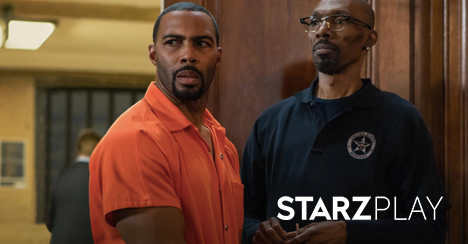 Fans of the crime drama genre will be excited to hear that Power is coming back on June 27 with a brand new season. This gritty drama produced by rapper 50 Cent has been going strong for four seasons now – and it doesn’t seem to be going anywhere soon. In July 2016, producers announced that it would be renewed for a fourth and fifth season.

What Makes Power the Hottest Crime Drama Yet? SPOILER ALERTS!

James St. Patrick is leading a double life, and he’s struggling to keep it all together. One the one hand, he has a wife at home and runs a nightclub called Truth. On the other, he’s involved in the biggest illegal drug network in his city. Not only that – he’s a major player.

St. Patrick, also known as Ghost, wants to go straight and focus solely on the operation of his nightclub. This proves difficult, though, because of the dangerous people he’s involved with in the drug ring.

Viewers are constantly kept on the edge of their seat. There are angry drug dealers and mobsters who threaten Ghost’s family with death and kidnapping, and there’s even a mole in the police department.

The writing and acting is so good that it makes viewers feel like they can relate to these characters, even if they are involved in crimes and shady dealings.

There’s a lot of competition out there when it comes to streaming companies putting out their independent shows. STARZ knows that in order to keep the attention of viewers, they have to give them the best. And they have. Everything from the acting and writing to the set design and costumes – it’s the very best.

What to Expect From the Newest Season of Power

Season Three ended with St. Patrick being arrested by his ex-girlfriend for a crime he didn’t commit. The fourth season of Power will show how Ghost’s past decisions are meeting up with his present, and how they threaten his livelihood, happiness, and even the safety of his family.

He will continue struggling to be the man he wants to be, while dealing with the consequences of the man he used to be.

Will he be redeemed? Will his family be safe? Will he be released from prison? To get the answers to those questions, viewers will have to wait and watch episode one of Power, airing on June 27.

Never Miss an Episode of Your Favorite Shows with STARZ Play

Never again do television and film lovers have to miss any of their favorite shows. With STARZ Play, recently-aired episodes can be watched the next day. That means it doesn’t matter if something gets in the way of watching a show. There’s always tomorrow.

With just a small monthly fee, viewers have access to hundreds of movie and television series titles. STARZ Play is the ultimate way to binge watch a new series or an old favorite.

Don’t wait any longer. Sign up today for STARZ Play and get access to some of the hottest entertainment titles around.