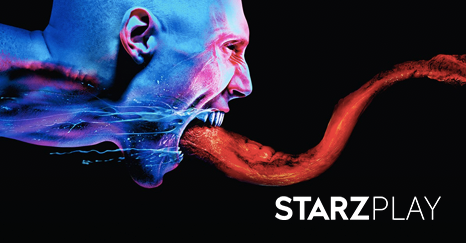 For fans of the sometimes-campy pandemic drama, The Strain is a fresh take on the vampire genre. Horror fans got hooked on Season 1 for the interesting take on the Dracula myth, the amazing cast, and the gothic views of New York City. Season 2 looks even more promising. Warning: Spoilers throughout! The Strain is a truly unique show with conspiracy elements reminiscent of the X-Files, a viral strain turning people into monsters like The Walking Dead, and a bit of campy mystery akin to the Twilight Zone. Season 1 unfolded slowly, revealing bits and pieces so the plot unfolds in the same manner the virus spreads – slowly while making a huge impact.

Season 1 left fans with a lot of questions. Season 2 takes the time to answer them while also introducing plot twists to carry the series through to its end.

As Season 2 unfolds, we get more details about the past of Eldrich Palmer, the wealthy businessman who’s seeking eternal life and the Master who knows how to live forever. Season 2 also brings to light more details about the eclectic mix of people trying to stop them. We get a deep dive into the backstory of concentration camp survivor Abraham Setrakian early in the season that finally gives fans some answers they’ve been looking for.

The show also continues to paint scientists as heroes as Dr. Goodweather and Dr. Martinez try to save humankind by developing a biological weapon to destroy the vampires. The characters are truly the driving force of the show, learning how to navigate a strange new world while keeping their humanity.

Season 1 vs. Season 2: What to Expect

While Season 1 introduced the outbreak and brought our team together, Season 2 goes well beyond that. For starters, the vampire fighting crew gets a new home base thanks to exterminator Vasiliy Fet where the team has more space, even providing everyone their own rooms.

Last season, what was going on in New York City wasn’t publically known, but that’s about to change as the effects of the pandemic really start to take hold. Where a lot of other shows in the apocalyptic event genre skip right to the part when everything has already fallen apart, Season 2 takes the time to look into the process of how society unravels.

To see what happens as the vampires continue to evolve and the virus continues to spread, make sure to tune into The Strain Season 2. Fans will learn more about the history of the characters as well as get a glimpse of where things are heading as vampires take over the city.

We’re so excited to bring you the next chapter in this groundbreaking series. The Strain Season 2 is included in the wide range of programming STARZ Play has to offer.