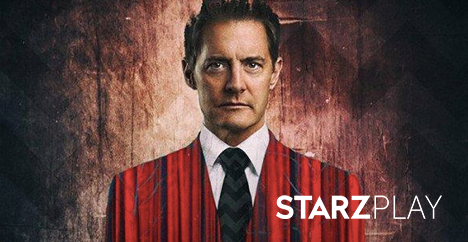 If you don’t know already, Twin Peaks is a story about murder in a small town. The town, many of the characters, and the murder itself tend to be rather creepy. It’s thoroughly entertaining, but you’ll be glad that you don’t have to live in such a place.

The original series ran for only two seasons, but it’s become a cult classic. And that’s exactly why we’ve ended up with a 2017 remake. We’re sure this series will be just as popular as the original.

4 Reasons to Be Excited for the New Twin Peaks Series The original Twin Peaks series finale ended with Laura Palmer—the girl who was murdered—coming to FBI agent Dale Cooper and telling him she would see him in twenty-five years. Here we are twenty-five years later and the series is back! Why are we so excited about the new series?

2. They’re Bringing Back Some Beloved Characters

Kyle McLaughlin will definitely be back as Agent Cooper. Others include:

The series finale of Twin Peaks ended with a bleeding Agent Cooper laughing dementedly and repeatedly asking, “How’s Annie?” After Cooper smashed his head into the bathroom mirror, it was revealed that he was overtaken by the spirit of evil murderer BOB. The question we want answered is: Has Cooper/BOB been on the rampage for the past twenty-five years?

That’s right – multiple actors and musicians have signed up to be a part of the new Twin Peaks. Each week we will get to see some of the famed faces of Hollywood, including Jim Belushi, Jennifer Jason Leigh, Ashley Judd, Naomi Watts, Trent Reznor, Eddie Vedder, and Amanda Seyfried.

Enjoy All of the Episodes of Twin Peaks on STARZ Play

We’re excited about the new series. If you’re a fan of the original, mark your calendar for the episode one air date: May 22nd. You can watch this and all of your favorite movies and television series on STARZ Play. You can stream hundreds of titles for a low monthly price. Make sure you sign up in time to watch the first episode of Twin Peaks!

The Stunning Finale of Billions Season 2: What to Expect