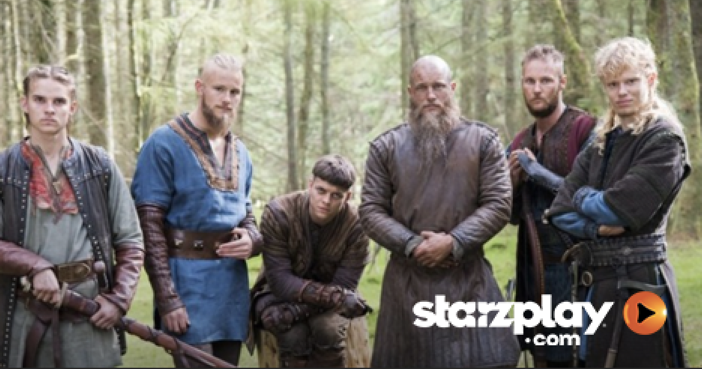 Vikings Season 4B: How Do Ragnar’s Adult Sons Stack Up?

The first half season 4 of “Vikings” left fans eager with anticipation for the second half to get started. That anticipation is about to be sated for STARZPlay subscribers who can tune in and watch as the series continues to unfold this winter.

Season 4B of History’s “Vikings” centers around Ragnar and his relationship with his sons. The show has all along been a family drama, but now with the boys all grown up, viewers will begin to see a whole new side to this family dynamic. Season 4A ended with Ragnar’s Paris defeat to his brother Rollo, and a glimpse of his future return to Kattegat. Ragnar may be a warrior at heart, but no enemy could prepare him for the battles he is going to have to face with his children.

Historically, Ragnar’s sons do on go and become just as – if not more so – legendary than he was. So logically, it makes sense for the series to begin exploring their coming of age and conflicts with their tough father. In the second half of season 4, viewers find that Bjorn has become a feared leader in the community and Ivar has become accustomed to living without the use of his legs. Surprisingly, his other three sons – Sigurd, Ubbe, and Hvitserk – were devastated by Ragnar’s loss and subsequent disappearance, and have trouble with accepting his sudden reemergence into their lives.

The real tale of Ragnar and his sons can be found in Vikings history books, and the similarities to what is playing out on the series are remarkable. Beware – if the show stays true to form, the following could prove to be spoilers for future seasons of “Vikings:” Ragnar’s oldest son is also his most famous. As his aptitude for raiding and pillaging broadens, he becomes known as Ironside. Not because of his physical appearance, but for his ability to remain unscathed in even the fiercest battles. Bjorn Ironside will eventually raid the Mediterranean and take over parts of Frankia that Ragnar failed to, as well as become the King of Sweden. In legends, Ivar is referred to as “boneless” and there are a number of theories as to why that is. In “Vikings,” the producers chose to portray him as having a disease which makes his bones brittle and causes him to be unable to walk. Whatever the reason, this did not hold back Ivar in history, and he went on to become one of the most brutal Vikings to take on England. On “Vikings” viewers see a lot of sparring between Ubbe and his disabled brother Ivan. In history, the two worked together as a team, with Ubbe being the voice of reason against Ivar’s callousness. Ubbe eventually would lead the Danish Viking Army towards its victory over Northumbria before beginning his attacks on the Welsh Kingdoms. Some scholars believe that Hvitserk is also known as Halfdan Ragnarsson, who eventually became the first Viking King of Northumbria. He was also a respected commander of the Great Heathen Army, responsible for invading multiple kingdoms in England. A birthmark on his forehead earned Sigurd the nickname “Snake-in-the-Eye.” Scholars believe that he is a part of a line of Danish Kings, a spot he earned after his rule over portions of Norway, Sweden and Denmark.

Never before has television explored the brutality of Vikings with such vivid reality. “Vikings” has taken the world by storm, and STARZPlay gives you a front row seat to this historic drama.