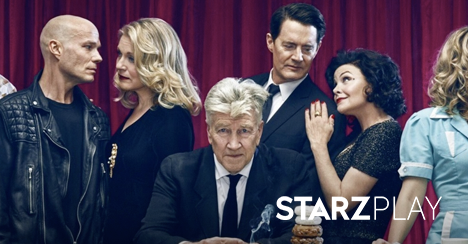 The Weirdest Things to Happen on Twin Peaks (2017) So Far

Anyone who’s ever watched Twin Peaks knows – this series can get pretty weird. The town, the characters, the crimes – it’s all really strange. That’s what makes this series so beloved.

And this is exactly what fans were hoping for when the series came back this year. After waiting 25 years, they could finally say, “Let the weirdness begin!”

Some of the Weirdest Things to Happen So Far on Twin Peaks (2017): SPOILER ALERTS! Here is just a taste of what Twin Peaks (2017) has brought to the table when it comes to the weird factor.

One of the odd things to happen this season is that Cooper’s evil doppelganger has created a decoy named Dougie Jones.

Dougie is a married man who was “created for another purpose.” One night, he becomes gravely ill. As he lies vomiting on the floor, he’s transported to the red room, part of the Black Lounge where Cooper is being held.

It is here where MIKE tells Dougie that he was created for another purpose and the real Dougie disintegrates. Cooper escapes the Black Lounge and takes over Dougie’s identity.

The weird thing about this is that Cooper looks like Cooper, not like Dougie. But no one seems to notice this – not his wife or his co-workers. They just think he’s acting strangely and has developed an insatiable thirst for coffee.

2. Cooper’s Life in the Black Lounge

At the end of the original series, viewers didn’t know if Good Cooper was still alive or not. Bad Cooper, who is really BOB, has been alive and well (and just as evil) for the past 25 years. To keep Good Cooper out of his way, BOB sent him to the Black Lounge.

This is the same room in which he originally conversed with a dwarf and Laura Palmer in the original series.

With the blood red walls, actors speaking their lines backwards, and menacing figures hiding in the shadows, the red room is as creepy as it gets.

Scenes in this room become the most iconic of the seasons, if not the entire series. Not only does the room feel creepy, Cooper is constantly having really weird dreams. Viewers aren’t sure what’s reality and what’s fantasy for Cooper.

3. Mr. Strawberry and the Cow Jumped Over the Moon

Every episode has at least one unexplained event. In Episode Five, Cooper calls a man named “Mr. Strawberry” in Buenos Aires and says, “The cow jumped over the moon.” As he says this, the lights in the building go crazy. And no one knows what this is supposed to mean.

Watch Twin Peaks (2017) and Other Interesting Shows on STARZ Play

For anyone who is a fan of the unusual or downright weird, Twin Peaks (2017) is a must-see addition to their “what to watch” list.

For a low monthly fee, viewers have access to the film and television experience of their choice. Don’t miss out on another episode of Twin Peaks (2017) or any other favorites. Sign up for STARZ Play today!