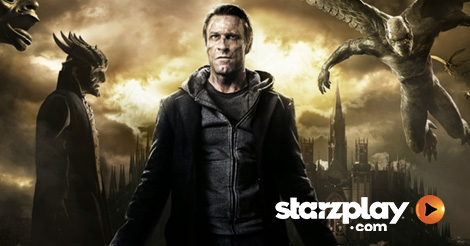 5 Movies to Get You in the Halloween Scare Mood

It’s Halloween! Whether you’re hitting the streets to trick or treat or you’re just enjoying some festivities with some friends, Halloween is jam-packed with ghoulish fun to be had. To help set the mood, why not press play on one of these scary flicks? Or better yet, if you’re hosting a Halloween party, pop them on in the background to really set the mood. Brad Pitt stars in this post-apocalyptic zombie thriller. Follow Brad Pitt as he tries to protect his family when a virus that turns all of New York’s citizens into zombies starts spreading across the city. It’ll keep you on the edge of your seat from the time you press play to when the credits roll!

Deliver Us from Evil Looking for a serious thriller? Deliver Us From Evil will send chills down your spine! This movie follows a detective as he tries to prove that demons are real and living among us. Deliver Us From Evil has all the plot twists of a perfect paranormal movie – a priest, bone-chilling haunting, and not to spoil the surprise, but a demon or two.

Carrie, the classic cult horror film is back! If you love a classic horror film but love the technology all the new horror films have to offer, then you’ll be on the edge of your seat for Carrie (2013). The film has the same plot as the original – a young teenage girl being raised by a hellish mother has a secret, scary talent – but a few additional plot twists that even serious fans of the original will love. Not one for gory Halloween movies? If you’re a fan of black comedy but still want a chilling movie, American Psycho is the movie for you. The movie follows Christian Bale, who plays Patrick Bateman, a young professional who leads a secret second life as one of New York City’s most evil serial killers. 25 years after this movie premiered, American Psycho is still known as one of creepiest movies of all time.