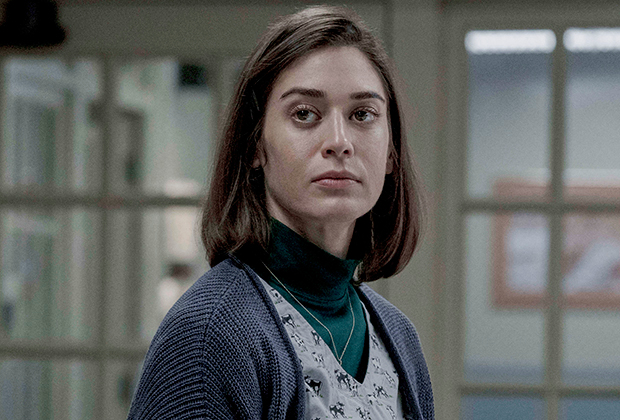 There are two types of Stephen King fans – The avid book readers and the movie worshippers. Whatever category you identify with the most, Stephen King is undoubtedly touted as Hollywood’s most revered author with several screen adaptations inspired by his work. After ‘IT’ went on to become one of the most successful horror movies of its time, countless filmmakers and TV show makers have moved towards recreating the Horror King’s choicest stories.

Inspired from Stephen King’s favourite creepy fictional town in Maine comes yet another anthology of spooky stories with Castle Rock. The TV show isn’t based on a single one of the author’s work but inspired from a universe of his fables with each character adapted from his books and films we have come to love.

The terror tales open with Season 1 of Castle Rock featuring the ghastly dancing clown Pennywise fame, Bill Skarsgård, as ‘The Kid’. The Kid’s presence in the cryptic prison of Shawshank Penitentiary, (ring a bell?) enlists the arrival of death-row layer Henry Deaver (André Holland) driven away from his hometown on suspicion of a ruthless crime. Darker and more sinister with every episode, Season 1 vows to leave you on tenterhooks.

The second chapter in the gripping tale of Maine features Lizzy Caplan stepping into the shoes of Annie Wilkes, a character populated in Stephen King’s novel Misery. The psychopathic nurse from hell is passing through Castle Rock with her daughter Joy when an unfortunate accident leaves the mother-daughter duo temporarily stranded. Annie takes up a job as a nurse at a local hospital after faking her credentials and the daughter realises there is more than meets her mother’s eye!

Season 2 draws more on Stephen King’s references and branches away from the show’s core town of Castle Rock into Jerusalem Lot, another major supernatural realm in King’s novels. Lizzy Caplan masters the sinfulness of her character to the T followed by Paul Sparks who is gleefully dull as Ace Merill. Created by Stephen King superfans Sam Shaw and Dustin Thomason is a horror saga tainted with real-world fears and a mystery that deepens with every episode.

For those in need of their daily dose of thrills and chills, Castle Rock Season 2 is just what the doctor prescribed! Streaming now on STARZPLAY