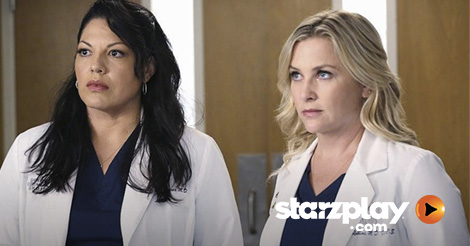 Do you love Grey’s Anatomy, or medical dramas in general? Well then we have great news for you! We have 11 whole seasons of Grey’s Anatomy available for you to start binging today on STARZPlay.com! These five seasons are our favorites. Of course the debut season has to have a spot on this list. This is the season that started it all and introduced many of our favorite characters. This is the season where we meet Meredith, who finds herself in an interesting and scandalous romantic situation. After you’re done with this season, you will be hooked. You will want to watch the whole series through to the end, and you definitely should. This season is an easy choice for this list. Season two had arguably the most dramatic featuring a love triangle. The whole season built suspense until the devastating finale that left viewers weeping. This is the season that won the show a Golden Globe for Best Drama, and it was well deserved. Watch this season to experience the incredible moments that make this show an award winning classic. This season is full of love but also heartache. This season features both an engagement and a marriage! But these joyous occasions don’t come without some drama; someone in one of the happy couples needs to undergo a risky brain surgery. This one is a true rollercoaster of emotions. This season is full of emotional turns that will have you grabbing for a box of tissues. The occurrences that make this season a memorable one include an unexpected death that will take you by surprise, a shattering breakup, and shooter at Seattle Grace. This season will keep you on your toes and leave you wanting more. It’s a good thing there are five more seasons after this one!

Last but not least, Season 8 is another must-watch. In this season, some of our favorite characters are involved in a harrowing plane crash. Another beloved character is found strangely wandering the streets. Have we piqued your interest yet? This season is ripe with twists that will have you clicking “next episode” faster than you ever have. When you are done with this one, you will definitely want to see how the rest of the series unfolds.