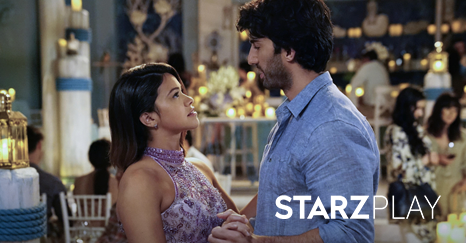 Catch All the New Episodes of Jane the Virgin Season 4 on STARZPLAY! With the all-new episodes of Jane the Virgin Season 4 premiering this October on STARZ PLAY, fans all over the world have a lot to be excited about.

The show’s Season 3 finale came to an end with the introduction of Jane’s new love, Adam (Tyler Posey), and there are a lot of questions that need answers.

What to Expect in Jane the Virgin Season 4

After the abrupt ending of the last season (which was awesome by the way), fans have every reason to be excited.

So what answers can we expect answered in this anticipated fourth season?

Remember the love triangle between Michael, Jane, and Rafael at the end of Season 2? Well, with Adam in the picture, it seems we are going to have another one.

At the end of the last season, Jane shared her feelings for Raphael. Will she remain adamant about her decision? Or will she choose a new beginning with the gorgeous Adam?

You’ll have to watch it on STARZ PLAY and see how it goes.

Will Anezka Pull the Trigger?

Before the end of season three, we left Anezka holding a gun at her twin sister, Petra. She had pretended to be Raphael and tricked Petra to meet her outside.

This was her revenge after what Petra had done to her relationship with Scott. So does she pull the trigger or was this just a stunt to scare her?

Will Xo and Rogelio Finally Go for Their Honeymoon?

After the wedding of Xo and Rogelio – Jane’s parents – it was revealed that Darci was pregnant with Rogelio’s child. The revelation not only delayed the honeymoon, but it also presented new problems into their new marriage.

We can’t wait to find out if the couple will actually go for their honeymoon and how the pregnancy will change things.

All the “Jane the Virgin” Answers are on STARZ PLAY

With all the drama, romance, and confusion, this is one show you certainly can’t afford to miss out on.

All-New Legends of Tomorrow on STARZPLAY