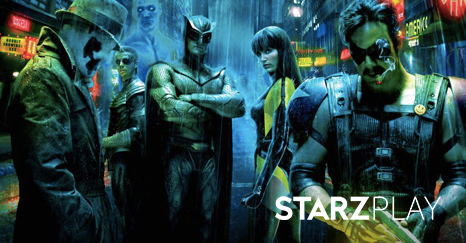 If STARZ PLAY viewers have been waiting to watch one of a handful of favorites, they better act soon – some of those titles might not be available for much longer.

Movies That Will Be Leaving STARZ PLAY

Gather the family, dim the lights, and grab some popcorn for these films that will be leaving STARZ PLAY after this month.

George Clooney stars in Tomorrowland, a science-fiction movie about a scientist who tries to discover the secrets of an alternate dimension. A dark superhero film, Watchmen takes place in an alternate reality where a group of heroes uncover a plot that could end with them all dead.

In a futuristic world, an assassin is sent to kill a government official, and that’s where the true mystery of Aeon Flux begins.

In Monsters, Inc. and Monsters University, monsters scare children to harness electricity for their world. These movies follow two monsters from their college days to their professional careers. Jackass Presents: Bad Grandpa stars Johnny Knoxville as an 86-year-old grandfather who goes on a road trip with his young grandson. Hidden cameras capture their exploits with unsuspecting people.

A Disney documentary that’s perfect for the whole family, Monkey Kingdom follows the life of a newborn monkey and his mother as they struggle to survive in the jungle.

Here is a full list of movies expected to be removed from STARZ PLAY: