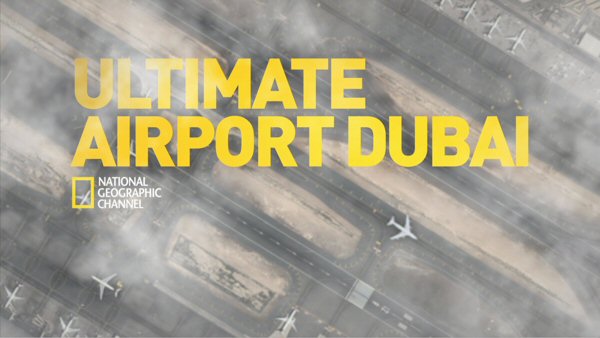 Find out about the wonders of the world, the universe and even the inside of your brain with the new National Geographic series library live on STARZPlay.com. In addition to the Nat Geo movies you can now enjoy entire seasons of these 14 TV shows:

Go behind the scenes at one of the world’s busiest airports. Dubai International Airport is a mega-facility with 60,000 staff keeping it safe and secure and working on getting people to where they want around the world and on time. In Ultimate Airport Dubai discover how the airport staff face emergency landings, smugglers, and angry customers.

Discover how your brain works and get a step closer to understanding why people think and act the way they do. Brain Games unravels the mysteries of the human brain through a set of live world experiments, illusions  and tricks and covering broad topics such as memory and common-sense.

Cameras, guards and walls prevent prisoners from running away but some cunning criminals always manage to escape. Breakout tells the stories of these daring escapes from the point of view of both the prisoners and the guards.

Built for the Kill

Welcome to the world of wild natural born killers. In Built for the Kill, discover how some of the best predators in the world have adapted to becoming dangerous and stealthy hunters in the air and on the land and sea.

Getting award-winning photography shots and videos doesn’t come ease. Cameramen Who Dare explores some of the riskiest and toughest photoshoot expeditions in the world and get to know the cameramen that dare to go where others don’t.

Witness the majesty of a herd of thunderous beasts cross vast distances in the quest of survival of the species. These movements are not easy and with Great Migrations you will got a first hand perspective of the tough life and obstacles these animals have to go through.

If you are American or an American ally there is only one elite troop trained to rescue you from extreme danger: The Air Force elite Combat Rescue team. Watch the deployment of the Combat Rescue team in Afghanistan and experience first-hand one of the most dangerous jobs in the world.

Ever wondered if there’s a possibility that a giant meteorite would hit Earth? Or what would happen if you entered a black hole? Known Universe answers questions about space through its team of experts using the latest theories and mind-boggling experiments.

Most Amazing Photos lets you discover the stories behind some of the most amazing photos taken for the National Geographic magazine. Follow photographers pushing their artistic skill and mental fortitude to the brink on a mission to take world-shaping images.

From V2 rocket bases to super tanks, the Nazi’s built some of the most ambitious and terrifying super weapons and structures in their quest for domination of Europe. Nazi Megastructures uncovers the remains of these ambitious projects and the masterminds behind them.

These eight badasses will stop at nothing to rescue animals from dangerous situations. Rescue Ink Unleashed tells the story of a rag-tag team of ex-firefighters bouncers and bodybuilders using their brawn and intimidation to help animals in distress.

Ultimate Survival Alaska brings together some of the toughest survivalists known worldwide and sets them off on a race in the inhospitable Alaska cold. Using their ingenuity and skills, the teams try to outrace each others while steering away from dangerous obstacles and treacherous weather.

Tim Shaw is on a quest to conduct science and engineering experiments by applying them to day to day objects or simply testing them out with whatever and whoever he finds on the street. Street Genius is a series of crazy experiments with stupefying results with measurable scientific outcomes.

Watching STARZPLAY.com on Chromecast - How to Guide