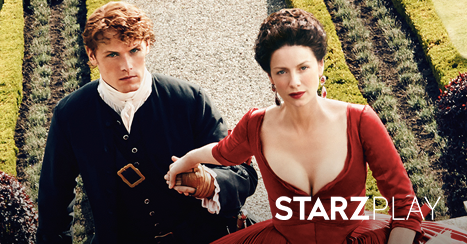 Fans of the Outlander series of novels have probably heard of the television adaptation.

This popular show even pulled in new fans, allowing those who weren’t familiar with the books to enjoy the mix of romance, action, and history.

Now, users of STARZ Play will be able to check out the second season of this popular British-American program. The unique premise sees a nurse from the mid-1900s getting transported back in time over two centuries.

The Major Appeal of Time Travel Series that are centered around time travel have a unique type of appeal.

People enjoy these shows for many reasons. In many aspects, time-travel shows provide viewers with a glimpse into the past and make the experience more interesting than documentaries discussing the time period.

Putting the experience into the format of an episodic drama shows the interactions of current characters with those of the previous time – and the interactions between the thought-processes and attitudes from contrasting eras.

Outlander brings an interesting perspective, as the show deals with a main character who lives in the 1940s and ends up in a very impactful time in the past.

The plot always becomes more interesting when characters from more modern times end up affecting the events of the past – a plot device used to make Outlander a very interesting drama.

Getting to Know the Main Characters

Outlander deals with the adventures of Claire Randall. The main character, who served as a nurse in World War II, finds herself transported back in time from 1946 to 1743.

Given that her uncanny journey through the generations took place during a trip to Scotland, she ends up experiencing this country as it was over 200 years ago. She meets Highland warrior Jamie Fraser. The show sees Randall become embroiled in the Jacobite risings.

Initially suspected to be a spy, she uses her knowledge of medicine to treat those injured in battles. Though she desires to escape and return to the area where her mysterious travels initiated, she is unable to do so.

While she sees those around her attempting to build up resources for an army, her knowledge of history allows her to see their cause is doomed to fail.

What Does the Second Season Offer?

Season two keeps up the engaging story and also offers more action. With the episodes taking place during the course of rising quarrels and impending battles, this drama series brings plenty of action wrapped up in a historically-significant framework.

The combination of action, fantasy, and romance have made Outlander a very popular show. The lead female character has been well-received, and the tie-ins with history provide an educational spin as well. With so many great elements in one show, it is easy to see why the Outlander series is going strong.

Season two offers a lot of important plot points and development for Outlander. Fans of the show (or fans of the books) don’t want to miss out on this exciting part