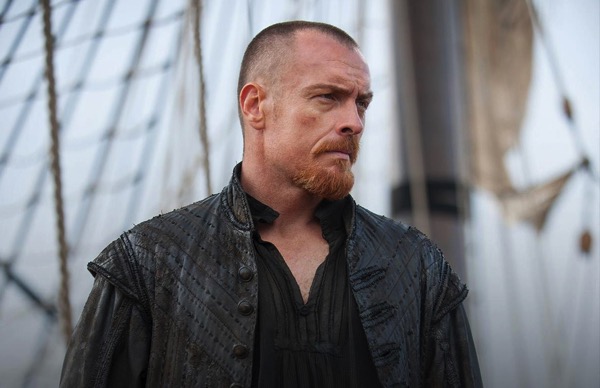 For those who know, Captain Flint from Black Sails is a charismatic leader but is also a cunning and ruthless man. For those who don’t, take a moment to think about why you’ve been avoiding the best show on STARZPlay.comY for the last 3 seasons. Black Sails follows the exploits of one of the most treacherous, self-preserving, calculating and unnerving characters TV has to offer. In terms of performance, Captain Flint is up there with some of TV’s best this year. Can we just talk about some of the best of Flint?

The Way He Tricked His Mutinous Crew

How about that mutiny that he single-handedly overthrew with sheer manipulation and cunning? He tricks the new captain into attacking the wrong ship. He gets several of his own crew members killed as the new captain suffers a massive defeat, and the crew comes crawling back to Flint to captain their ship again. Brilliant!

Who didn’t love the backstory of Flint when he was an honest respectable member of the British Navy? It was pretty shocking to see him so uptight and proper, but after being shunned for his relationship with another officer, he decides a pirate life is the best recourse for the punishment he suffers. That’s a pretty radical swing from British Navy to buccaneer, but’s it’s part of what makes Captain Flint so cool.

In terms of cunning and planning, Captain Flint understands the need to develop alliances to achieve their goals. So it was pretty amazing to see Flint and Vane join together at the end of season 2. Who knows what Flint’s ulterior motive is, although we can be sure there is one the deeper we delve into Season 3.

This current season is no different to the last, but it offers us better glimpses into the thought process of Flint. We get to see his hatred of anything that reminds him of his past life as he decides to battle anyone who isn’t with him and his pirate ways. Flint’s “no compromise” attitude is what makes him such a complex character and so entertaining to watch. Be sure to tune in to STARZPlay.com to keep up with Black Sails and nerd out over Captain Flint with us.